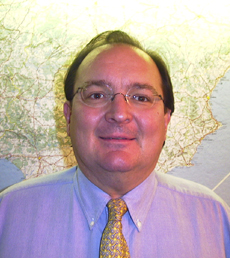 Born in South London in 1961 my first encounters with the produce industry were as a banana packer with Geest during the school holidays. I joined Geest permanently on leaving school as a junior salesman and progressed through the ranks to a senior trader before leaving their office in The London Fruit Exchange to take up my new position with Fruco in December 1983.

My knowledge of the citrus business and dealings with France whilst with Geest slotted in nicely with the existing Fruco product lines but we felt that we should expand into other lines and try to offer year round supplies of a limited number of products. A lot of my early attentions were dedicated to that project. I became a Director of Fruco in 1985 and assumed the role of Managing Director in 1992. I have not lost track of my roots and still enjoy trading on a day to day basis.